Do not show this message again
Specialisms tagged are News|PromotionalContent

As an industry leader who works with thousands of job seekers and employers every day, Hays has helped the Club to build a winning team off the pitch, including recruiting roles across City’s legal, finance, HR, commercial, marketing and communications teams across their offices in Manchester, London, New York and Singapore.

Throughout its time as Official Recruitment Partner, Hays and Manchester City have explored the parallels between the world of work and elite sport, with both the men’s and the women’s teams.

This collaboration has formed a rich territory for the partnership, with a strong focus on leadership, development, scouting and understanding the ingredients of building a high-performance team.

Behind an organisation’s success is usually an influential team of Game Changers who work in technology roles to provide detailed insight and knowledge on operations which translates into overall company strategy and efficiency.
Learn more

We spoke to the Chief Operating Officer, Operations Director and Academy Director at Manchester City about their career journeys. Watch the videos

This series is part of Hays' "Behind Every Goal" campaign, which looks at the goals that people work towards every day in their careers and the devotion it takes to reach them.
Watch the videos

Expanding into a new country is a huge milestone for any organisation. It is also one of the most challenging. From finding the right people to forming a balanced team, there are many different factors to consider.

Hays, the world’s leading recruiting experts in qualified, professional and skilled people, has announced the renewal of its global partnership with Manchester City Football Club. 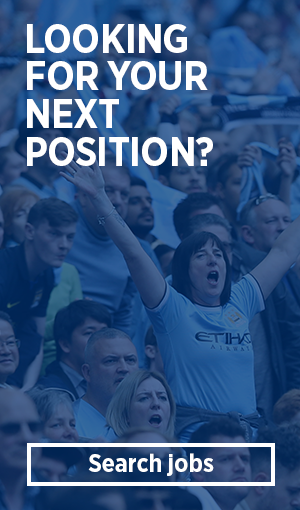 The Inside Story in Hong Kong SAR

DNA of a CFO report

DNA of a CIO report

DNA of an HRD report

Uncovering the DNA of the Future Workplace