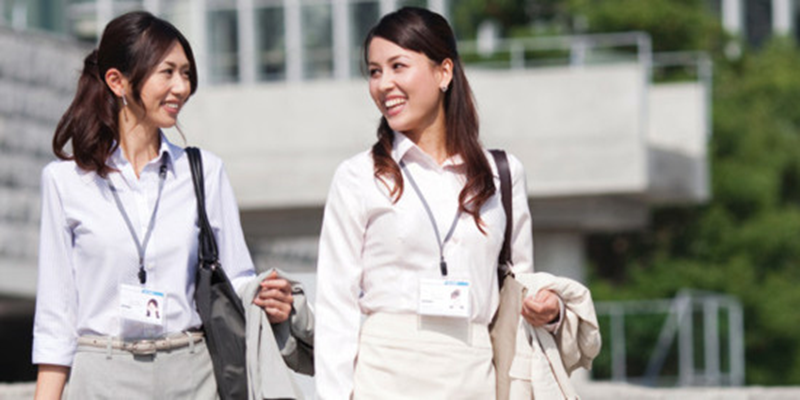 Recent years have seen a widespread drop in global unemployment rates but what continues to puzzle economists has been the subsequent failure of wage inflation to follow suit. This has created an unusual phenomenon of wage stagnation across global markets, according to the eighth edition of the Hays Global Skills Index (‘the Index’), a report published today by recruitment experts Hays in collaboration with Oxford Economics.

This year’s report – titled ‘The Global Skills Dilemma: How Can Supply Keep Up With Demand?’ – examines 34 professional labour markets, and investigates the macro trends, challenges and opportunities facing the world’s workforce. The report focuses on wage stagnation and the structural changes in the labour market which underpin this supply-demand mismatch and explores related topics of technological change and automation.

This year’s Overall Index Score remains unchanged from 2018 at 5.4, despite growing geopolitical uncertainty across global markets. The Overall Index Score is an aggregate of the seven key Indicators across all 33 markets assessed. High-skilled labour market conditions remained similar to those of last year. However, trends in wage stagnation, underemployment – where people who wish to be employed full time are not - and talent mismatch across different geographies contributed to the varying regional Index scores.

The Talent Mismatch Indicator rose to 6.7 in 2019 up from 6.6 last year, its highest level since the Index began in 2012. This troubling trend continues to drive wage gaps between high- and low- skilled workers, particularly in the Asia Pacific region. In addition, the most sought-after skills are in short supply globally causing falling participation rates, particularly in North America, and driving up underemployment.

This year’s Index identifies rapid technological development as one of the main contributing factors, exacerbating underemployment and talent mismatch, as employers struggle to find suitably skilled workers to fill vacancies. It advises governments and businesses to ensure the workforce is prepared for automation through training and upskilling of current roles, specifically in skills which are less vulnerable to the forces of outsourcing and automation, such as creative and critical thinking.

The report also pinpoints technology as a contributing factor to widespread wage stagnation even in the world’s advanced economies, and IMF research attributes 50 per cent of the decline in labour share to technological improvements. Current wage stagnation shows that high levels of employment are no longer associated with rising wages, and instead stem from structural changes in the labour market. Regulations that restrict worker mobility, reduce competitiveness and are detrimental to businesses in the long run.

Finally, the report analyses the potential impact of gender segregated roles on jobs and wages. Studies have increasingly begun to show that wages in female-dominated occupations are lower and are more susceptible to the forces of globalisation and automation. Women’s predominance in specific routine occupations is found to explain almost 5 per cent of the gender wage gap and these roles are more vulnerable to automation. Similarly, occupational segregation may also limit women’s ability to take advantage of the benefits of globalisation in developing economies.

Against a backdrop of increasing economic uncertainty and continuous technological progress, employers must invest in training for the long-term, minimise underemployment through strategic allocation of human capital and empower the global workforce to succeed amidst changing working conditions.

“This year’s Index highlights both a structural change in the labour market, as well as technological innovations that underpin the wage stagnation evident across global labour markets. This, coupled with underemployment as a long-term effect of the Global Financial Crisis, means the global workforce faces both fewer opportunities to work and compensation that may not necessarily keep pace with rising costs and inflation.

Our key findings suggest that wage growth across the globe has flatlined, and an increasing number of workers are underemployed. In order to increase worker satisfaction and improve labour market productivity, governments and employers should look to address wage stagnation and allocate human capital more efficiently.

“The long-term trends shown here have significant ramifications for key stakeholders such as businesses, policymakers and workers themselves. It is crucial that going forward more investment is made in aligning the roles of technology and the workforce and adapting training accordingly. This way, workers can maximise productivity in tandem, rather than in conflict, with technological advancements. If we don’t seek to address these issues in the near future, we risk further discouraging workers by failing to increase wages, provide full employment and account for technological progress in the workplace. While complex, the skills and wage crises are ultimately linked, and to avoid either spiralling out of control employers must collectively re-evaluate both wage growth and skills in the global labour market.”

1 While Romania was included for the first time in this year’s index, averages have been calculated excluding Romania for comparative purposes

The Hays Global Skills Index provides a score for each labour market of between 0 and 10 which measures the pressures present. The score is calculated through an analysis of seven equally weighted Indicators, each covering different dynamics of the labour market, such as education levels, labour market flexibility and wage pressures.

Hays plc (the "Group") is a leading global professional recruiting group. The Group is the expert at recruiting qualified, professional and skilled people worldwide, being the market leader in the UK and Asia Pacific and one of the market leaders in Continental Europe and Latin America. The Group operates across the private and public sectors, dealing in permanent positions, contract roles and temporary assignments. As at 30 June 2019 the Group employed 11,500 staff operating from 265 offices in 33 markets across 20 specialisms. For the year ended 30 June 2019:

Oxford Economics was founded in 1981 as a commercial venture with Oxford University’s business college to provide economic forecasting and modelling to UK companies and financial institutions expanding abroad. Since then, Oxford Economics has become one of the world’s foremost independent global advisory firms, providing reports, forecasts and analytical tools on 200 countries, 100 industrial sectors and over 7,000 cities and regions. The company’s best-of-class global economic and industry models and analytical tools provide an unparalleled ability to forecast external market trends and assess their economic, social and business impact.

Headquartered in Oxford, England, with regional centres in London, New York and Singapore, Oxford Economics has offices across the globe in Belfast, Chicago, Dubai, Frankfurt, Hong Kong, Mexico City, Miami, Milan, Paris, Philadelphia, San Francisco, Sydney and Washington DC. The company employs over 400 full-time people, including more than 250 professional economists, industry experts and business editors – one of the largest teams of macroeconomists and thought leadership specialists. The global team is highly skilled in a full range of research techniques and thought leadership capabilities, from econometric modelling, scenario framing, and economic impact analysis to market surveys, case studies, expert panels and web analytics. Underpinning Oxford Economics’ in-house expertise is a contributor network of over 500 economists, analysts and journalists around the world.