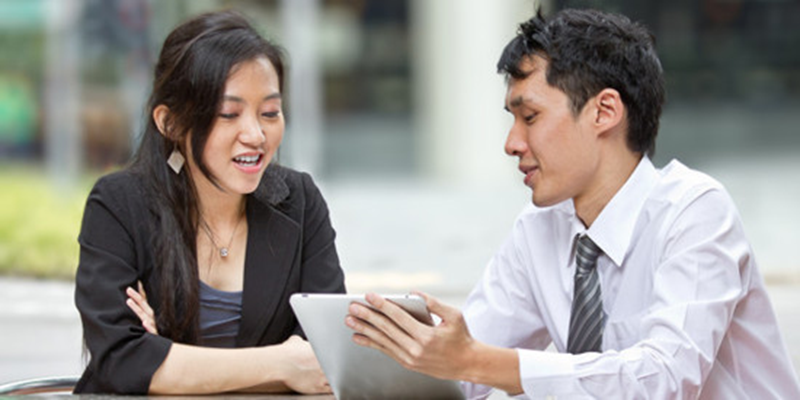 Employers play an important role in helping their employees cultivate and practice a growth mindset, ultimately creating more motivated employees and a growth-oriented business, according to the CEO of recruiting experts, Hays.

According to Stanford University Psychologist Carol Dweck, a growth mindset is defined as an individual’s belief in their ability to develop their existing skills and capabilities with practice and effort. Whereas, a fixed mindset is characterised by an internal belief that skills and abilities are relatively fixed and unchangeable. The latter could result in self-limiting beliefs that can cause an employee to face career standstills, hinder self-improvement or even hold a business back.

To prevent this from happening, Hays CEO, Alistair Cox believes employers play an important part in helping employees change their mindset, and ultimately help them become more successful. The challenging yet dangerous nature of the rapidly evolving digital age has made this mindset increasingly important to improve the employability of employees and encourage their business success during challenging times.

As Alistair explains, “It’s simple – if our people are fixed, our businesses risk being fixed too and that’s not a healthy place to be. That’s why I think it’s more important than ever to help our employees adopt a mindset of growth, so our businesses don’t stagnate or become paralysed by fear of change and development. If we succeed in that, we’ll find that they will be more motivated to learn, improve and innovate, thereby helping to boost the skills, agility, creativity, competitiveness of our business in these unpredictable and changing times.”

Citing the example of Microsoft CEO Satya Nadella, Alistair believes employers need to ensure their employees approach every aspect of their work with a growth mindset and shared six tips to help employers practically implement this at the workplace.

Be a role model for growth
Alistair said; “Even leaders at the top of their game struggle to approach every single task with a mindset of growth, they’d be lying if they said they didn’t. As leaders you are the architects of your employee’s environments – the environments that help them grow their growth mindset – part of that environment is the people around them, including you.”

Change your business’s view of, and response to failure:
Alistair commented; “Your employees need to be ‘given permission’ to fail – in other words, to be told that it’s not only OK to fail, but that risk-taking, failure and learning are actively celebrated and embraced in your organisation. In as much as failure should be understood and accepted as a key driver of innovation and growth in your business, it should also be recognised as an important opportunity for personal growth and learning.”

Help your employees to work through problems
Alistair advises that an open-door-policy could significantly help your employees feel safe when faced with a problem, “You’ll be able to demonstrate to that person that you are genuinely committed to their growth and have confidence and belief in their ability to find a resolution. They’ll in turn feel encouraged and empowered to overcome future challenges, all the time learning and growing.”

Remind your employees of how much they’ve already learnt and developed
Alistair said; “Nurturing a growth mindset isn’t just about encouraging your workers to look forward – it’s also about making them realise how far they’ve come. After all, once they have a greater awareness of just how much progress they’ve made in driving a project forward (and learning along the way), they’ll feel more confident and empowered to continue pushing forward.”

Emphasise your interest in personal growth, not just company growth
Alistair opined; “You have the power to orchestrate opportunities in which your people can grow in a way that feels meaningful to them, all the time demonstrating that their personal growth is genuinely important to the business. So, it’s time for you to exercise that power.”

Be consistent with all of the above
Alistair stated; “No one ever has a growth mindset in every area all of the time, or even keeps it permanently once they have it. That’s why it’s so crucial to constantly revisit and reinforce all of the above to preserve and facilitate a mindset of growth throughout your organisation, now and in the future.”

Alistair concluded by saying; “Strangely I haven’t seen many strategic plans outlining corporate stagnation, so is enough effort going into the cultural strategy to avoid that actually becoming the case? Maybe not, and if that’s the case, employers run the risk of failing to have the necessary ingredients to challenge, problem-solve and innovate in the ways that are so fundamental in both today’s and tomorrow’s world of work.”

This content originally appeared as a LinkedIn Influencer blog.

Hays plc (the "Group") is a leading global professional recruiting group. The Group is the expert at recruiting qualified, professional and skilled people worldwide, being the market leader in the UK and Asia Pacific and one of the market leaders in Continental Europe and Latin America. The Group operates across the private and public sectors, dealing in permanent positions, contract roles and temporary assignments. As at 30 June 2019 the Group employed 11,500 staff operating from 265 offices in 34 locations across 20 specialisms. For the year ended 30 June 2019: